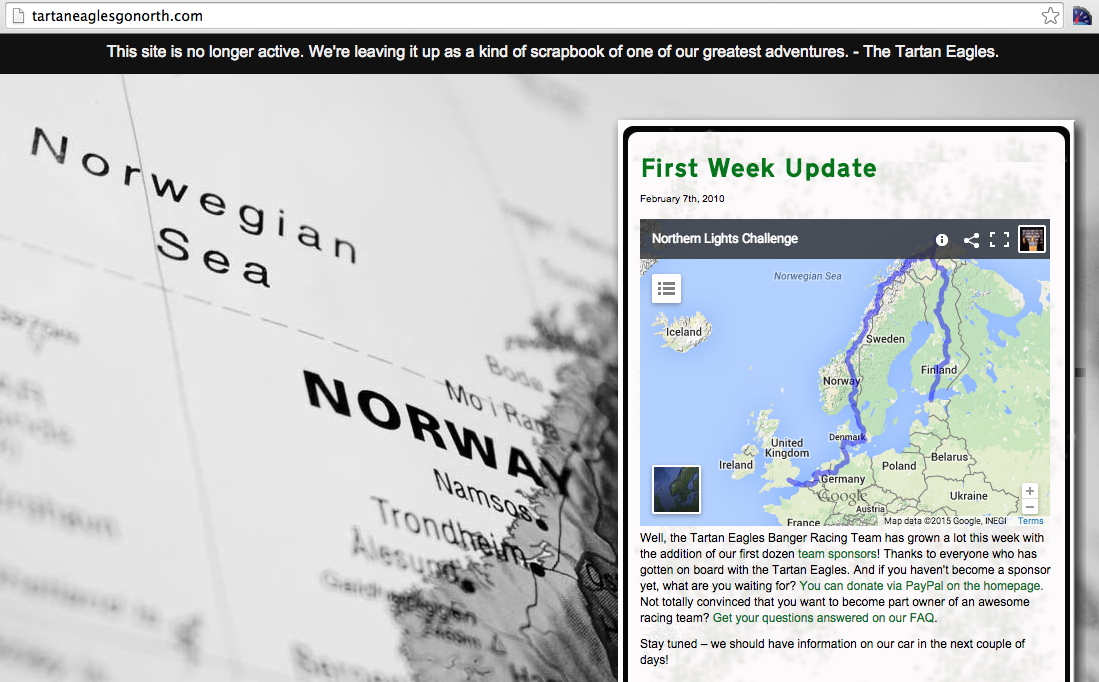 Remember that time we bought a car for £100 and drove it from Glasgow to Estonia (via Norway) and then gave it to charity? No? Well, that’s why I brought the Tartan Eagles Go North site back from the world of expired domains and cheap [hacked] hosting providers.

This “banger rally” was one of the most fun road trips I’ve ever done and as I tried to explain it to a friend recently, I realized that the website we built for our backers to follow us was the perfect medium to articulate what actually happened.

####Technical notes This site was originally a WordPress site, which was great as we were putting content into it while on the trip. Problems arose though, after I let the site languish (the rally was over after all) and eventually it was hacked and my hosting provider deleted everything :(

Thanks to the Internet Archive’s Wayback Machine I was able to pull out the HTML for the original content. Then is was just a matter of cleaning it up, finding some missing photos, adding a strip at the top that said the site was no longer active and uploading the static files/assets to S3.

If you’re interested, the source code is on GitHub - the most interesting piece is probably the Rakefile I use to deploy the site to S3.