These are great examples of the type of random phrases you see on a regular basis. I asked a Korean co-worker about a similarly enigmatic sentence on one of our lunch trays. She told me that she could understand what the author was trying to say, but even she (an English teacher) couldn’t think of any better way to translate the sentiment. 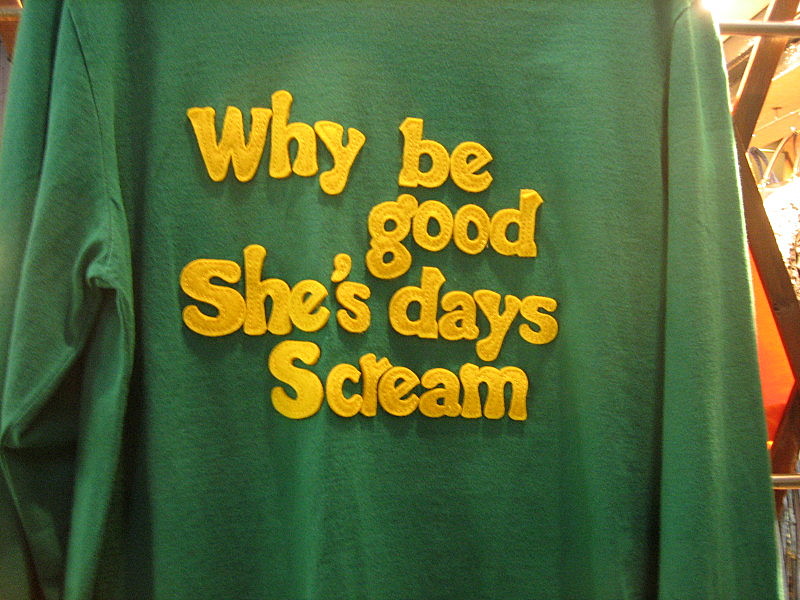 I read this, my eyes crossed, and I blacked out. 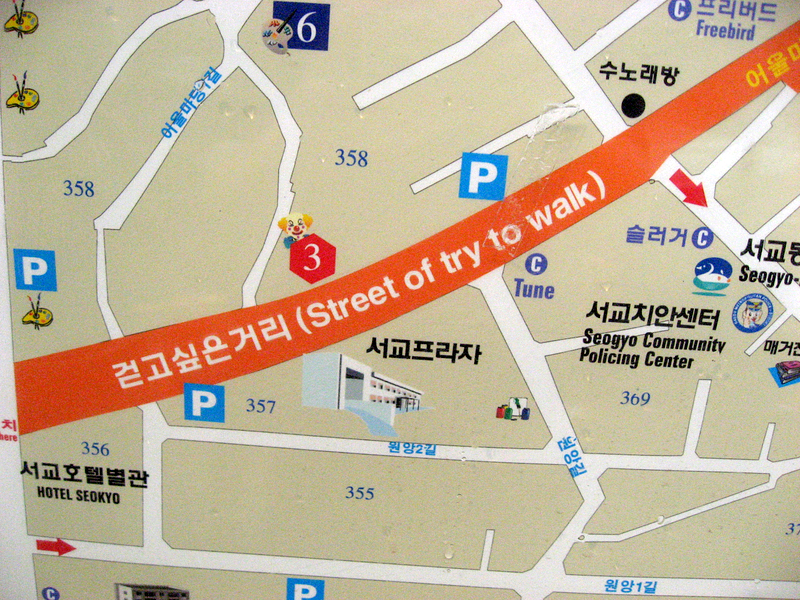 Is that a threat?

With the lack of any copyright enforcement, this small Korean bakery instantly rose to the level of success enjoyed by fried chicken powerhouse, KFC. 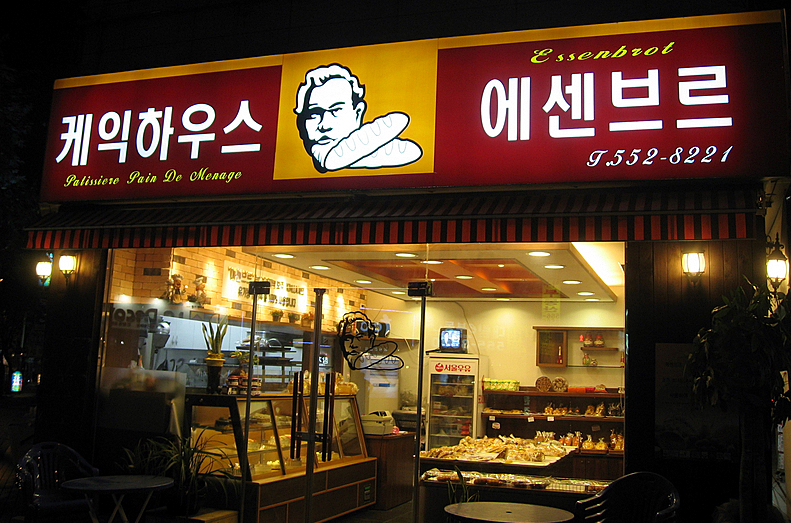 케익하우스 (Cake House) - a new home for the former KFC creator and spokesperson. 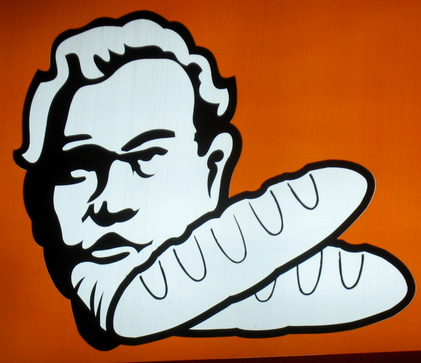 A closer look at the Colonel’s new venture.

If you have money, you can send your child to learn English in a 학원 (hagwon) (see first photo), or you can send them to a park to learn through random conversation examples (see second photo). 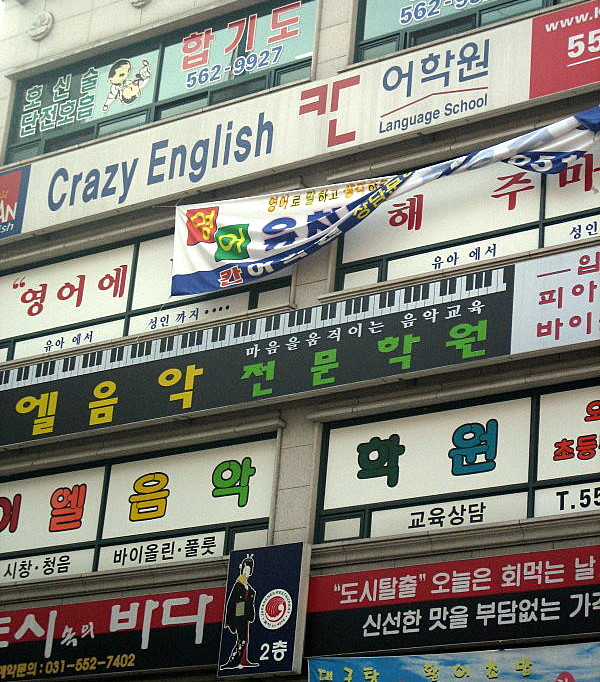 How could you not want to attend Crazy English academy? 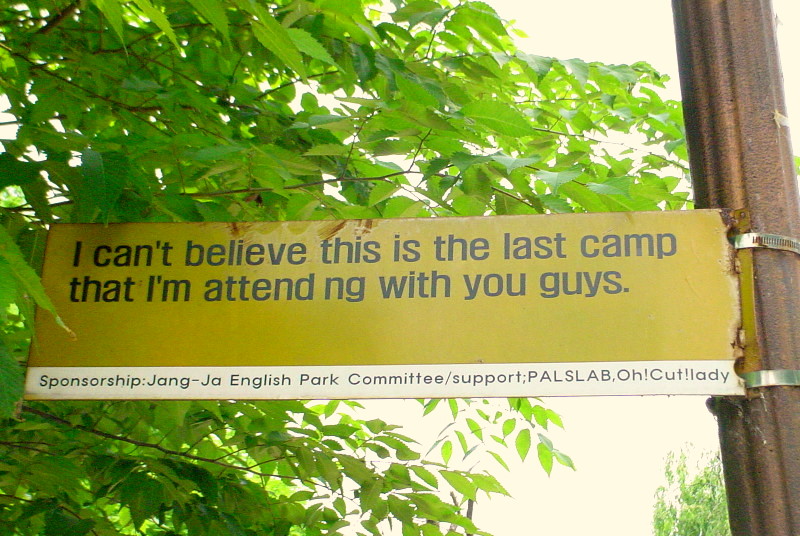 What vetting did this question go through to get put on a learn-English-while-you-walk-through-the-park sign?

Using English on Your Store Makes You Cool

I was told by a few Koreans that in their culture it was chic to have English written on your store or product. Many restaurants named themselves after English words or phrases commonly known to the majority of Koreans. As in the case of the two fried chicken restaurants above, their names are really “I Love You Chicken” and “Harvard Chicken”, respectively. 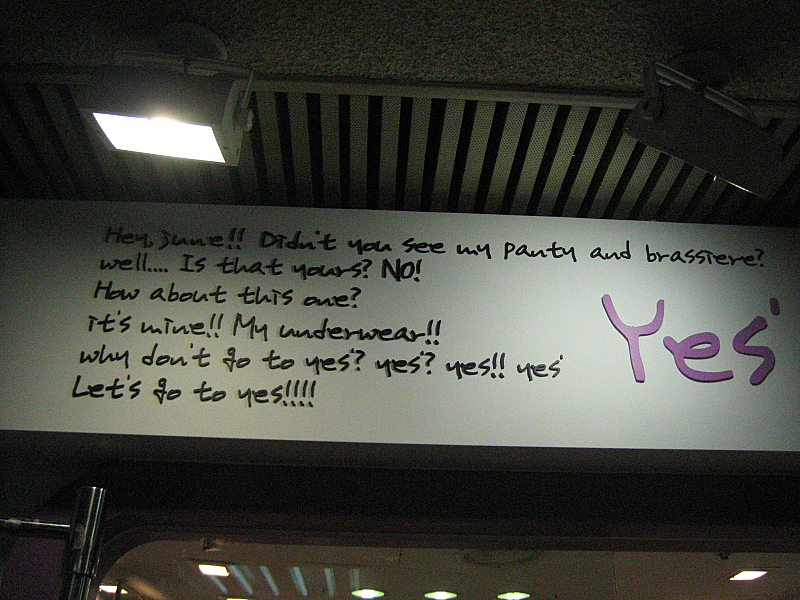 The name of this underwear chain store is just Yes’, but every franchise has the same meaningless conversation on their marquee. 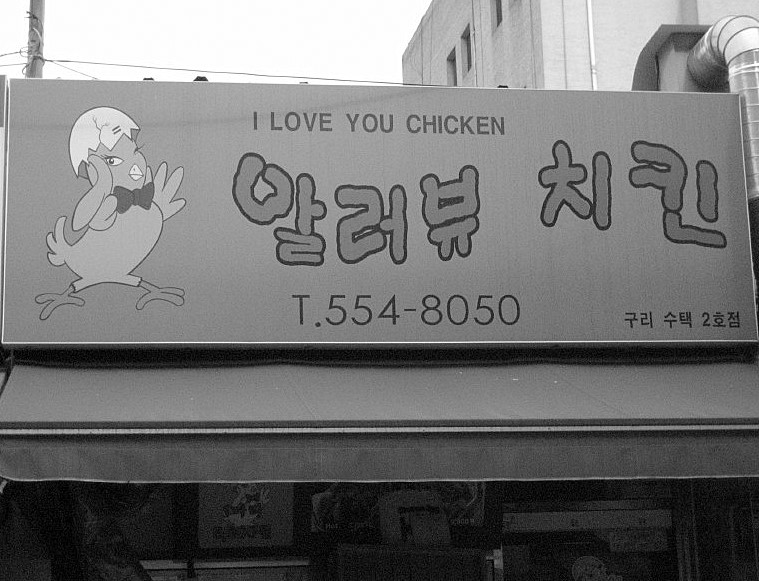 We love you too, chicken. You are delicious. 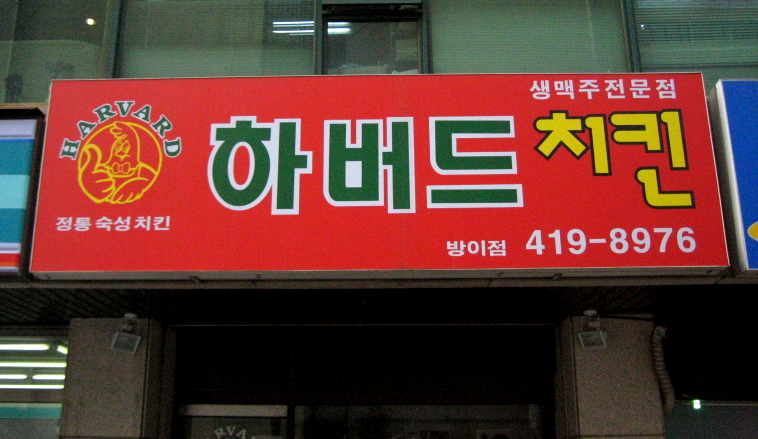 Evidently Harvard doesn’t teach these chickens how to avoid getting battered and fried. 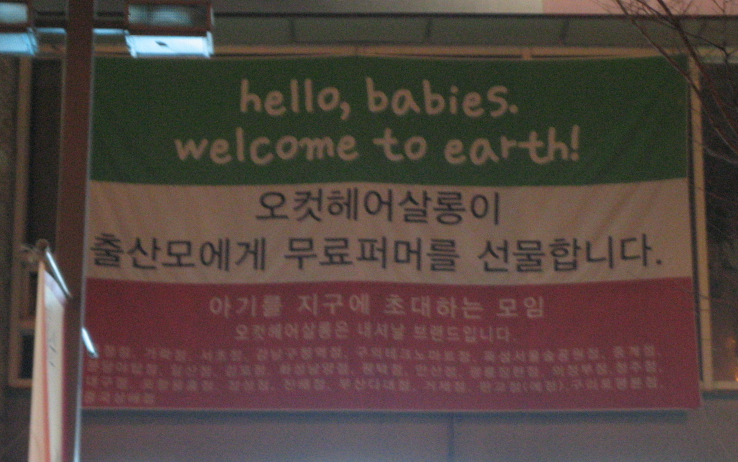 This 10 foot tall banner was announcing the opening of a new clinic. 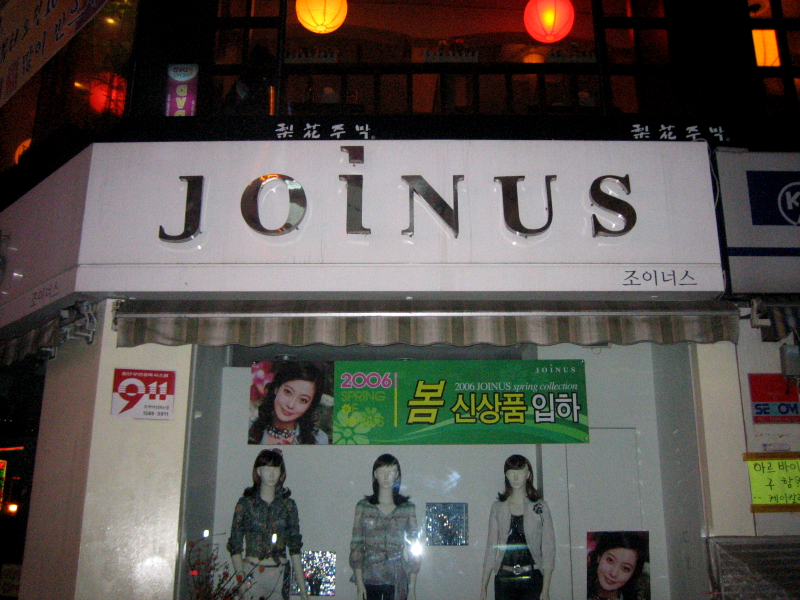 The Most Offensive Bag Ever

I saw this woman and her son in a subway car in the middle of Seoul. From far away, the bag she was carrying looked like the kind of bag in which someone might put a birthday present. 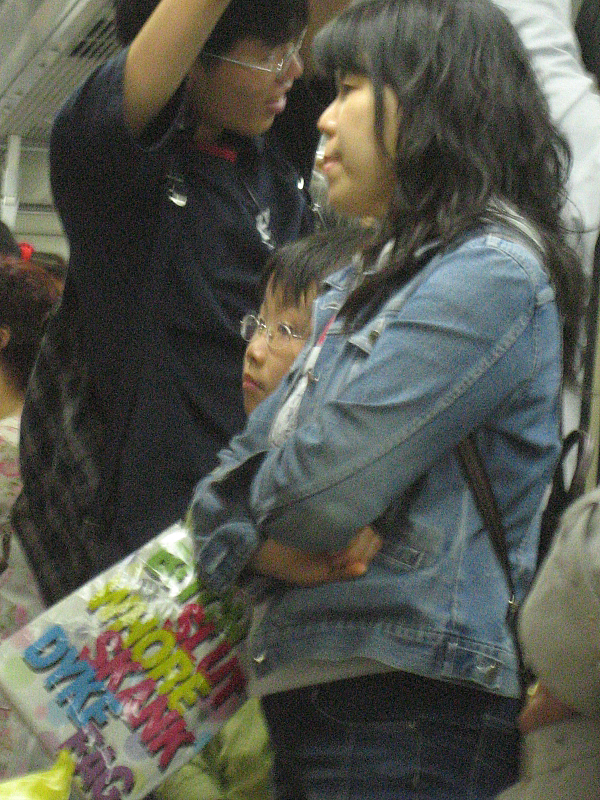 Mother and son with a seemingly innocent paper bag. 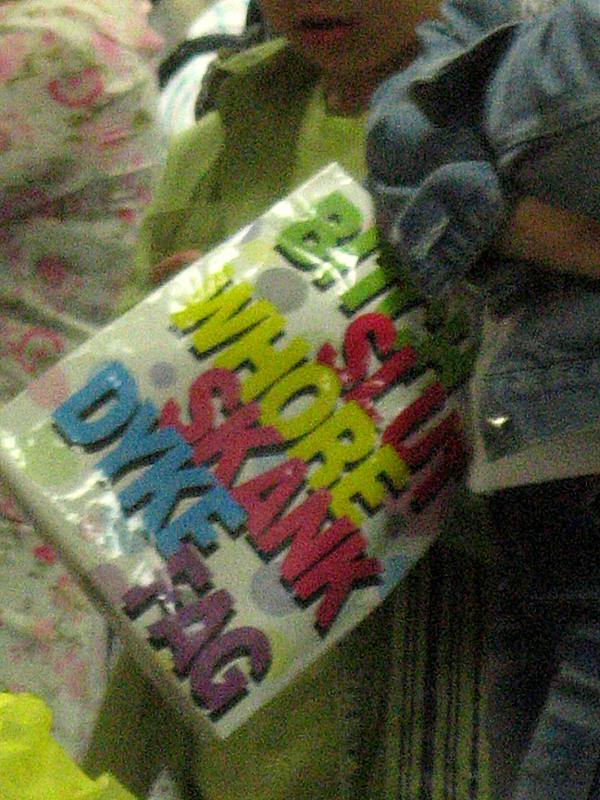 The people around me on the subway car thought I was crazy as I pushed them out of the way to get a photo of this bag before its owner left.

I’m assuming that she had no idea what the bag said. After the lack of reaction on the train from anyone besides me, I’m pretty sure no one else knew what it said either.